First off, we should come clean up front that although we titled this blog post ‘Honduras’, it really should be called ‘Utila, Bay Islands Honduras’ as it’s the only place we really stayed in Honduras. That’s if you don’t count a planned overnight stay in the capital, Tegucigalpa (and by ‘stay’ we mean from the bus to the hostel, the hostel to McDonald’s, back to the hostel and then back to the bus the next morning – we weren’t really that interested to explore another dodgy Central American capital), an unplanned overnight stay in La Ceiba (a bit of a hole if we’re being honest – we ended up having to stay there overnight because we missed the ferry to Utila by 3 minutes despite adding in 3 hours of contingency for the bus ride – apparently the anti-government protestors weren’t interested in moving their road block along to let us through), and another unscheduled overnight stay on the island of Roatan (Utila’s bigger, badder sister, aforementioned protestors still hadn’t moved along so we thought it a safer bet to fly out of Honduras instead of taking the bus and risking being stuck in La Ceiba indefinitely).

Utila really made an impression on us.  Being self confessed city boys we never thought we would feel so at home on a small island in the middle of nowhere (well, if you can call the middle of the Caribbean ‘nowhere’).

The melting pot of people; local or visitors (although many ‘visitors’ have stayed on the island so long that the lines were often blurred). The sense of community – with everyone looking out for one another. The social atmosphere and activities that come along with said community (read: family dinner nights, good old drinking nights, with a dash of decent techno parties thrown in for good measure). All the family owned businesses – with not a big brand store in sight. The cute side streets, leading off one main road along the entire island, with no cars and little pollution – only bikes, golf buggies, rickshaws and mopeds, co-existing together with such ease. The laid back approach to life – with island time replacing any world clock.

Bring it together and we couldn’t help but be swept off our feet and feel instantly part of the island family. It’s something that we’ve never felt so strongly in most places we’ve visited so far. 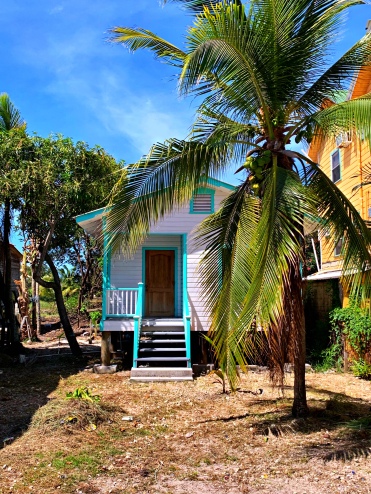 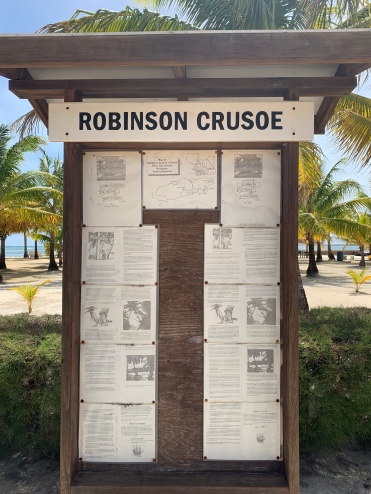 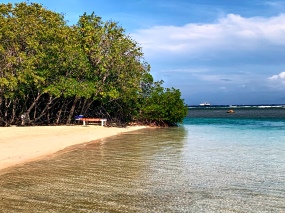 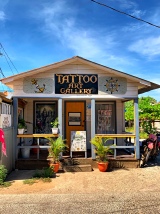 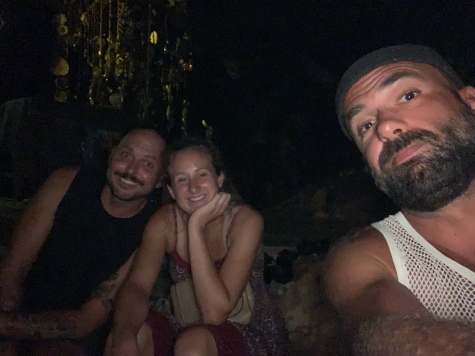 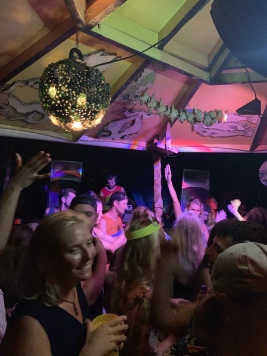 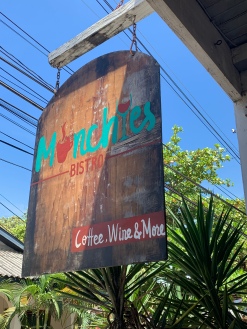 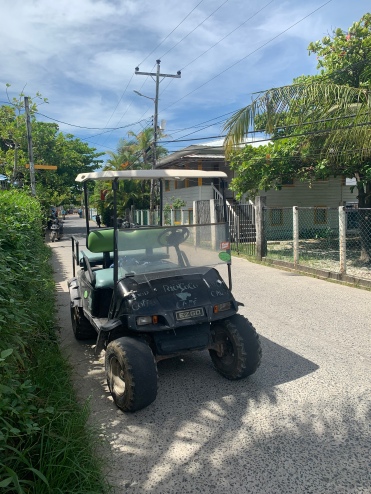 Then there’s the diving. The backbone of the island.  The thing that almost everything and everyone revolves around. The thing that bonds everyone there; their passion for it contagious.

Carl went from being afraid of almost every element of diving (from simply stepping into the water, to breathing underwater, opening his eyes under water without a mask, the irrational fear that he would either sink and not be able to ascend again or on the flip side, ascend too fast and get the bends), to getting his Advanced PADI.  Jeroen conquered his nerves for doing night diving and deep dives.

We got to swim with turtles, rays, nurse sharks, barracudas, octopus.  We got to witness bioluminescence, followed by the most magnificent star-lit sky when we got to the surface.

Experiencing this, catching the bug and developing our own passion for diving (we said it was contagious) made us fall in love with Utila even more. 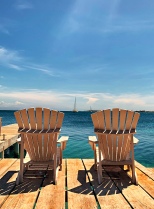 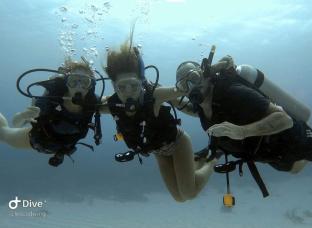 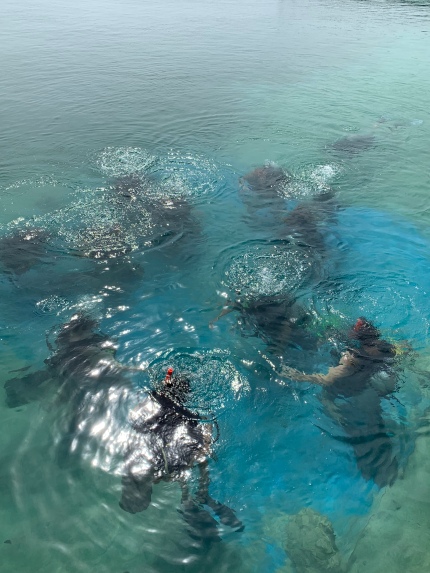 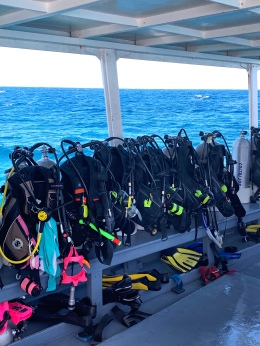 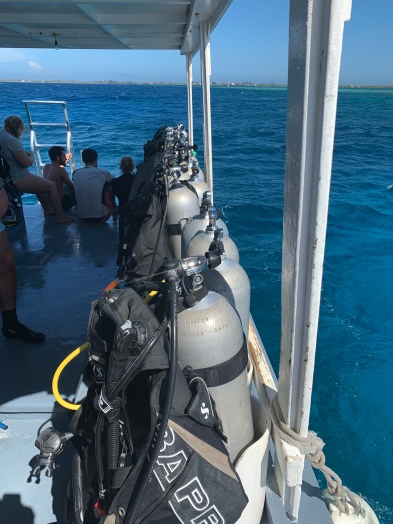 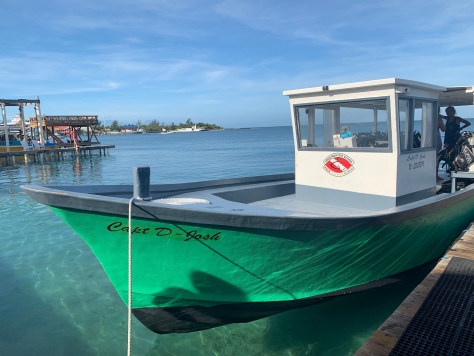 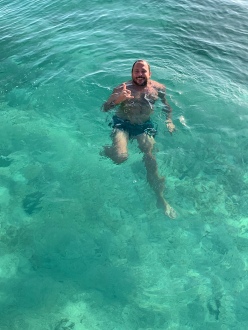 Locals we met on the island kept telling us that there are three common lies on Utila:

We won’t even go into number 1 – you can imagine how well we kept to it. About number 2, I think we’ve said enough above – it’s not a lie if you really are in love! And as for number 3… well we already failed at this once (staying nearly two weeks instead of the few days we’d planned), and we’re fairly certain we’ll fail it again as we are almost sure to return in the future.

A tip from us, for anyone considering learning to dive, become a Dive Master or instructor, or just looking for a cool place to go diving – choose Utila – it will be one of the best decisions you make! 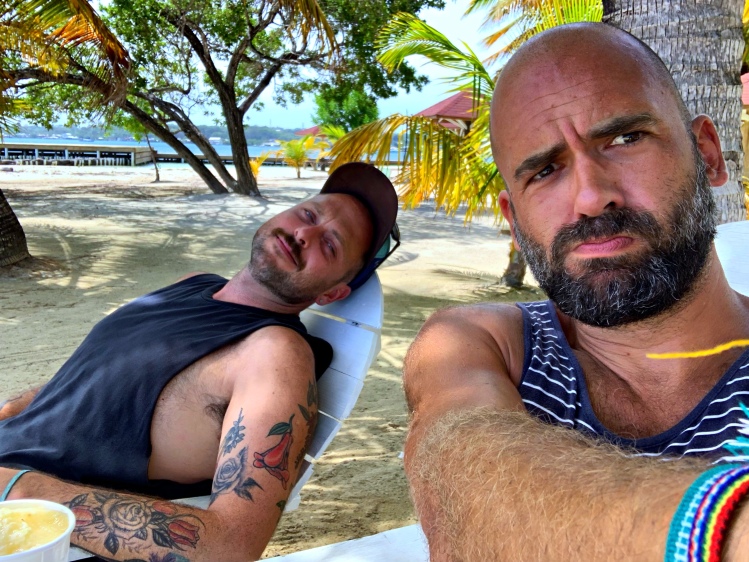 One thought on “Honduras”